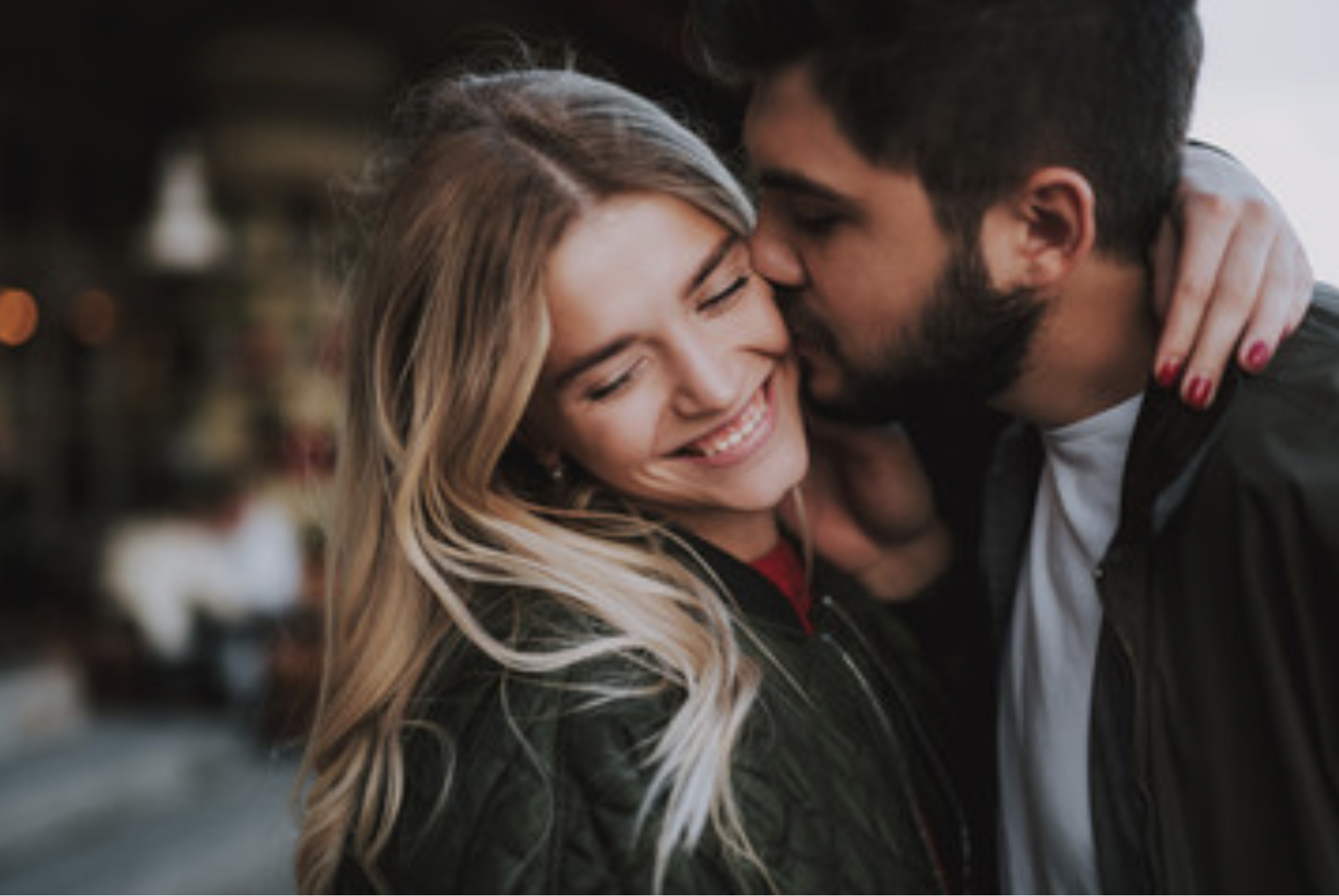 No-shows, catfishing, ghosting… we’ve all heard our share of online dating horror stories. At the same time, we progressively hear of more and more long-term partners who met on dating apps.

So which app is right for you? These reviews and user stories will give you a feel for how Tinder, Bumble, Coffee Meets Bagel, and The League connect people.

Tinder created the standard gestures many dating apps have adopted: Swipe right to like, left to pass.  As explained by tech writer Mark Jansen, you can swipe “up if you want to use one of your precious “super likes” to show them you really really like them.” Each use is armed with only a few Super Likes per day.

The biggest downside of Tinder? Only that it has been blamed for the fall of romance and the rise of hookup culture. As Nancy Jo Sales wrote in 2015 for Vanity Fair: “The innovation of Tinder was the swipe—the flick of a finger on a picture, no more elaborate profiles necessary and no more fear of rejection; users only know whether they’ve been approved, never when they’ve been discarded.”

This had led people to think of Tinder as more of a game and a competition to see how many matches and hookups can be achieved. They didn’t see it as a place to find meaningful relationships.

Many still don’t, and it often gets classified as the “hookup app.” As Vice’s Emily Guendelsberger reports, one user named Shelby detailed her negative experience with a guy: “He started talking about how he makes so much money a year, high six figures. I just thought, ‘Dude, you’re rocking basketball shorts.’ But he kept going on and on about it, talking about his friend who’s a chef that opened up his own restaurant and only makes $100,000 a year.” Cut to a first date at a dollar taco shack, where Shelby was on a mission to escape the man as quickly as possible. He attempted his slickest moves to persuade her to come to his apartment, but she slid away, telling him to never call again.

Tinder isn’t exclusively full of guys like this, though. There are plenty of happy couples who met on the app. Take the story of 35-year old Carrie, who met her current love on Tinder. As Carrie explains to Cosmopolitan writer Lane Moore, she knew that it was real after a few messages: “Our conversation felt so natural and like we’d already been friends for years. He gave me his number within a day and then we started texting. About a week later, we met in person and we’ve been together ever since.” 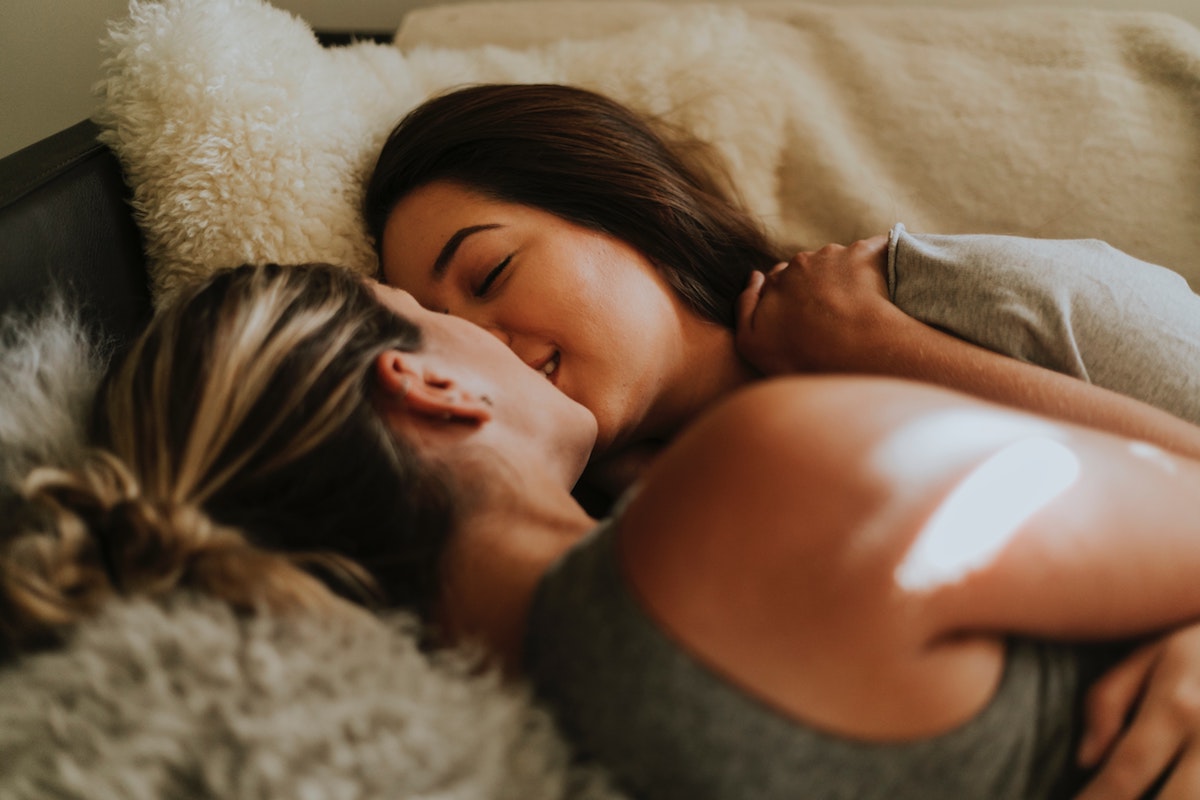 Unlike other apps, guys aren’t able to make the first move on Bumble.

Bumble “wants to enable women to be as confident in the dating sphere as they are in their professional lives,” says Grazia writer Edwina Langley. “Ensuring women make the first move, Bumble believes, starts the future relationship off on a more even keel.”

Bumble also includes profile information like career and education, so users have a basic understanding of potential matches’ backgrounds. LGBT+ women can use the dating app to find other women for romance, and Bumble’s BFF feature helps users find friendships.

One drawback to Bumble is that it doesn’t have a wide range of genders and sexualities represented, says Business Insider’s Avery Hartmans. “For those who identify with a different label, or prefer not to identify their gender at all, Bumble doesn’t provide that option yet.”

Another thing to keep in mind is that Bumble isn’t for women looking for an ego boost. Bumble asks women to put themselves out there — and that sometimes means being rejected. “If your self-esteem can’t take the potential (and likely) hit of not getting responses after putting yourself out there, this app’s not for you,” Abigail Yonker at The Everygirl writes.

On a positive note, a woman named Mary tells writer Alexia Dellner how Bumble reconnected her cousin with an old flame. The two had always had been interested in one another, but the timing was never right. When they found each other on Bumble, they knew it was the right time to see whether sparks would fly. They’ve been dating ever since.

Of course Bumble provides negative experiences as well. Communications consultant Julie Buckner wrote a Los Angeles Times article about her Bumble experience. When a man she met on Bumble agreed to fly to LA to meet her, she was elated. But then the man kept pushing their date back later and later, stringing her along hour by hour, until finally she realized it was never going to happen. Being stood up is horrible wherever you are, but being stood up after traveling hours through LA traffic is the stuff dating horror stories are made of.

One of the best features of Coffee Meets Bagel is that it helps eliminate mindless swiping. It does this by limiting the number of profiles you see each day, which in turn makes matches more thoughtful. This means that you can only swipe right (or, in this case, “like”) on a limited number of people in a single sitting.

“The service gives male users 21 curated matches every day that they can either like or pass on,” says entertainment writer Anna Burleson. “The women, in turn, get to see which men have liked them and decide whether to like them back. If they do, the matched pair can then chat for free.”

The app works by using “beans” as currency for gaining points and accessing special features.

Burleson explains how logging in and completing certain tasks, like rating user photos, can earn you more beans.

Coffee Meets Bagel recently rolled out a feature that allows users to comment on other people’s profiles before they’ve matched. “The hope is that by sending messages specific to that person’s profile like ‘I also traveled to Japan last year,’ users will have a better idea if a match will be worth their time,” VentureBeat reporter Anna Hensel writes.

This differs from most other dating apps, where a mutual like must be initiated in order for contact to occur. Some people enjoy the ability to contact a potential match before the feeling is declared mutual, while others find it leads to connections with people who are slightly, um, overbearing.

One user, Rebecca, a nonprofit grant writer, tells reporter Allison Fox about how she joined Coffee Meets Bagel because she was tired of trying to meet people in bars. When Rebecca met a man named Sohan for the first time, she liked that he had planned the date and was ready for unexpected events. He continued to show interest in her and plan ahead, unlike the other guys she was dating at the time.

“Here’s this guy who knows he likes me, knows he wants to spend time with me and he plans accordingly,” Rebecca says. “That was the first thing that made me think this guy is serious and cares about me.” When he proposed at a restaurant, she knew for certain the answer was yes.

A less successful experience on Coffee Meets Bagel comes from a user named Mark, who told his story to writer Alicia Chiang. Mark and his match were like two peas in a pod when chatting online. But when they met in person, they felt like strangers with nothing to say. The awkward silences led them to believe the match had been a mistake, and they didn’t talk again after that night.

Like most dating apps, The League uses data from social media to auto-populate your profile. But unlike other apps, The League is more concerned with details about your accolades and accomplishments.

“Most apps gather personal information and photos from Facebook when they sign up,” Theo Miller writes in Forbes. “The League is integrated with LinkedIn because [LinkedIn’s] educational and professional information is more accurate.”

Another benefit of LinkedIn integration  is a feature that blocks a user from seeing current coworkers (as well as Facebook friends!) on the app. This creates a much-appreciated separation between dating and work, as well as dating and social networks.

Career-minded individuals will have fewer bad matches to sort through when using The League, and the varying tiers of membership offer varying numbers of matches per day. With matches based on your preferences, you’ll only see people who meet your tastes to a T. If you’re in one of the 59 cities where The League operates, sign up for the waiting list. It can take some time to get approved, as applications are reviewed manually, unless you receive an invitation from a current user.

New Yorkers Tricia and Greg didn’t have to go far when they found love on The League. “We work essentially across the street from each other and would never have met had it not been for the League,” Tricia says. “We chatted for about two weeks on the app prior to meeting on December 2nd for our first date. We’ve been inseparable ever since.”

MyDomaine editor Gabrielle Savoie didn’t have as much luck on The League. She explains that while nothing negative happened, she’s still waiting to find her prince charming. “Each guy was certainly normal and well put-together and could hold a conversation — but no sparks have really flown yet.”

Dating is a tricky endeavor — to be successful, you might need time, patience, a certain availability to love, and a willingness to fail before you succeed. You also need the right dating app for you, and sometimes… a little bit of luck.