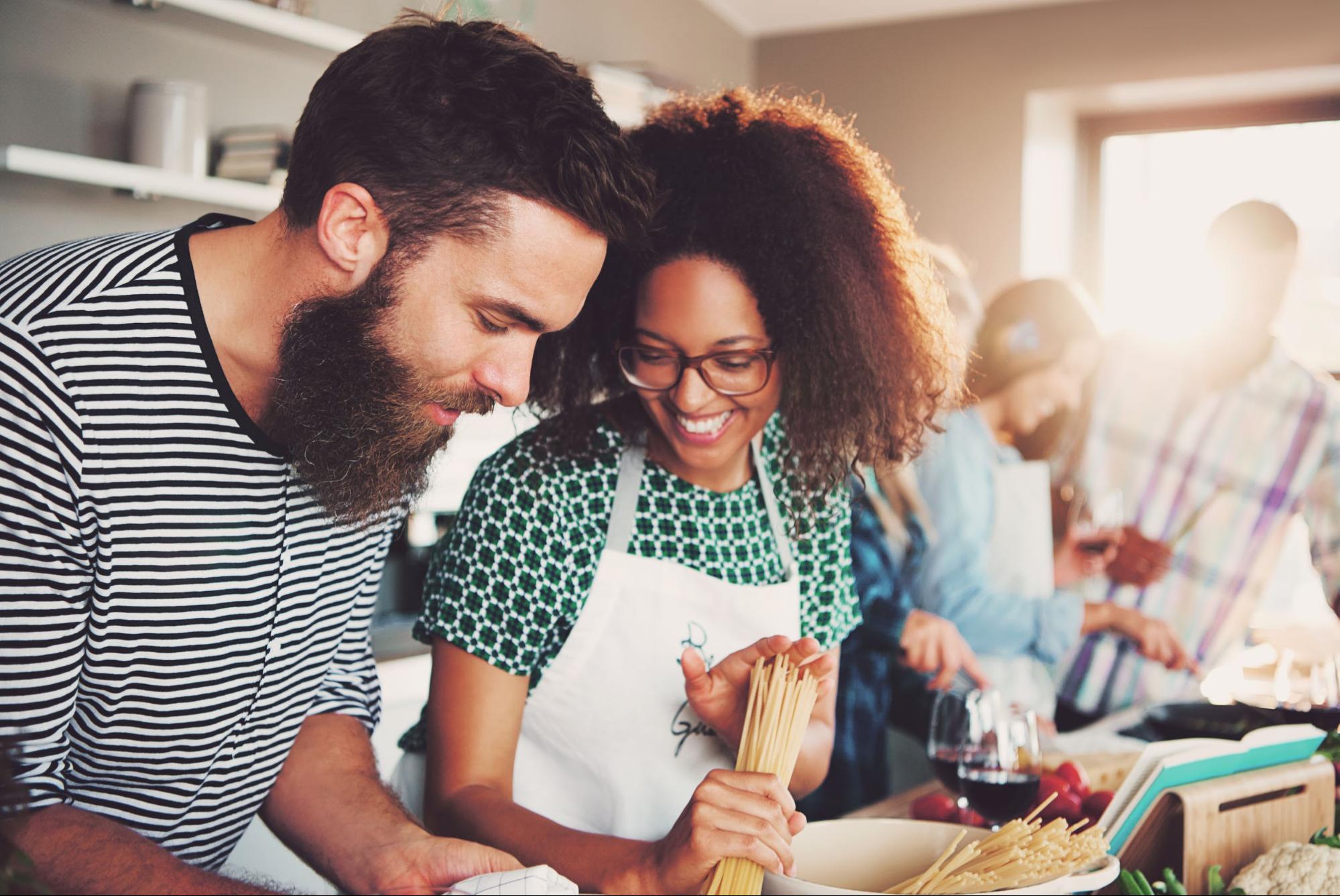 If your eyes light up when you read that a potential date loves to cook, you’re not alone.

An analysis of over 3.7 million dating profiles performed by Zoosk found that both men and women are more likely to message potential partners if the other person’s profile mentioned food, The Independent’s Rachel Hosie reports. This trend also holds true when people mention a love of cooking in their profiles.

Food and health appear more than any other interests on dating profiles. A passion for cooking implies a passion for food as well, giving those who list it a two-for-one hobby in terms of attracting the interest of dating prospects.

Why cooking? What is it we love about people who enjoy spending time in the kitchen?

Food and Courtship: A Tale as Old as Time

Why has the dinner date endured as one of the most popular courtship activities? According to Helen E. Fisher’s classic piece in Psychology Today, the reason is innate, not cultural.

“Around the world men have given women presents prior to lovemaking,” Fisher says. “A fish, a piece of meat, sweets and beer are among the delicacies men have invented as offerings.”

Other species do this as well. Many creatures give their partners food as a way of demonstrating their worth as providers.

For humans, sharing food is linked to perceptions of attractiveness and intimacy. In a 2013 study published in the journal Human Nature, TR Alley and colleagues showed videos of couples dining to a group of university students. Afterward, the researchers asked the participants to rate the mutual attraction and intimacy of each couple. The students found couples to be both more attracted and more intimate when they fed one another or shared food with one another.

Sharing food is also tightly linked to our earliest and most deeply ingrained feelings about safety, security and emotional regulation, Myrte E. Hamburg, Catrin Finkenauer and Carlo Schuengel note in a 2014 study. That study linked the act of food offering to emotional regulation.

Put simply, humans are more likely to approve of people who share food. Why? Because sharing and receiving food feels good. And those who say they love to cook are communicating on an emotional level: “I like to care for others” 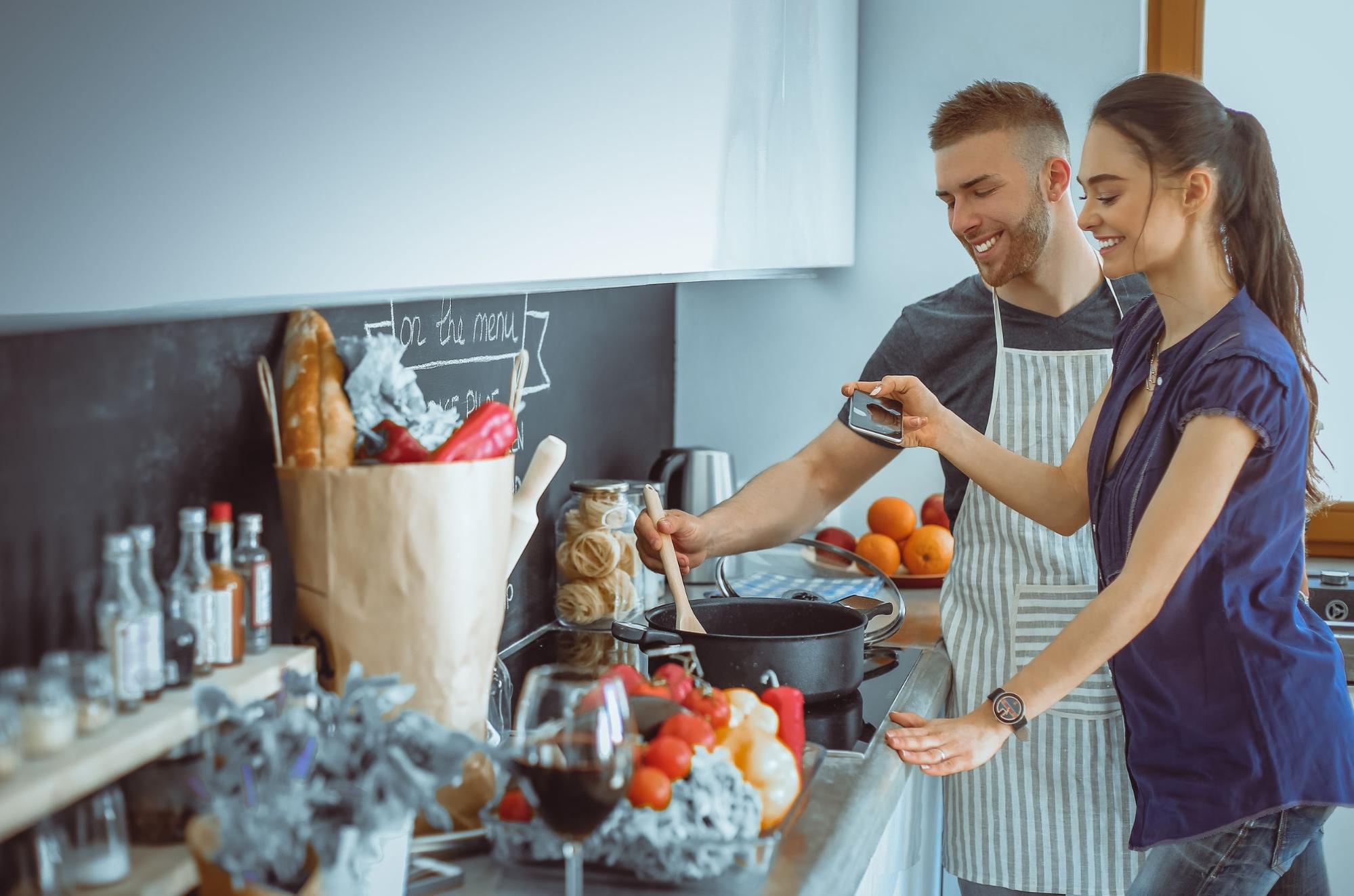 Some studies indicate that the foods can change body chemistry in a way that alters one’s attractiveness to potential mates.

For example, a 2016 study by Jitka Fialova, S. Craig Roberts and Jan Havlicek in the journal Appetite found that men who ate garlic regularly had body odor that was rated more attractive and more pleasant by women.

A similar study in “Evolution and Human Behavior,” led by Andrea Zuniga, found that women preferred men’s post-workout body odor when the men ate diets high in fruits and vegetables.

Food may introduce a tactile element to attraction, as well, says Dawn Maslar at MindBodyGreen. For instance, one study found that people meeting a potential first date while holding a cup of hot coffee rated the other person warmer and more generous. While holding an iced coffee, they were more likely to see the other person as more stoic.

Human attraction appears to be based on a wide range of sensory input. Sight, sound, smell, taste and touch all play a role. According to Sara Chodosh at Popular Science, the reason may be that weighing information on multiple sensory channels allows our brains to make more informed decisions about whether someone is a good potential mate.

Love Me, Love My Hobby

As suggested above, hobbies like cooking that indicate a kind or generous nature may make people appear more attractive to others.

A 2014 study published in the journal “Personality and Individual Differences” found that when a group of participants viewed photos of people with neutral facial expressions, they tended to rate their attractiveness neutrally. When told the people in the photos were known for their kindness or generosity, however, the attractiveness ratings went up.

Once you’ve found The One, sharing healthy hobbies like cooking and exercise can benefit both you and your relationship. A 2015 study by Sarah E. Jackson, Andrew Steptoe and Jane Wardle found that partners who made health changes together were more likely to stick to their new healthy habits. 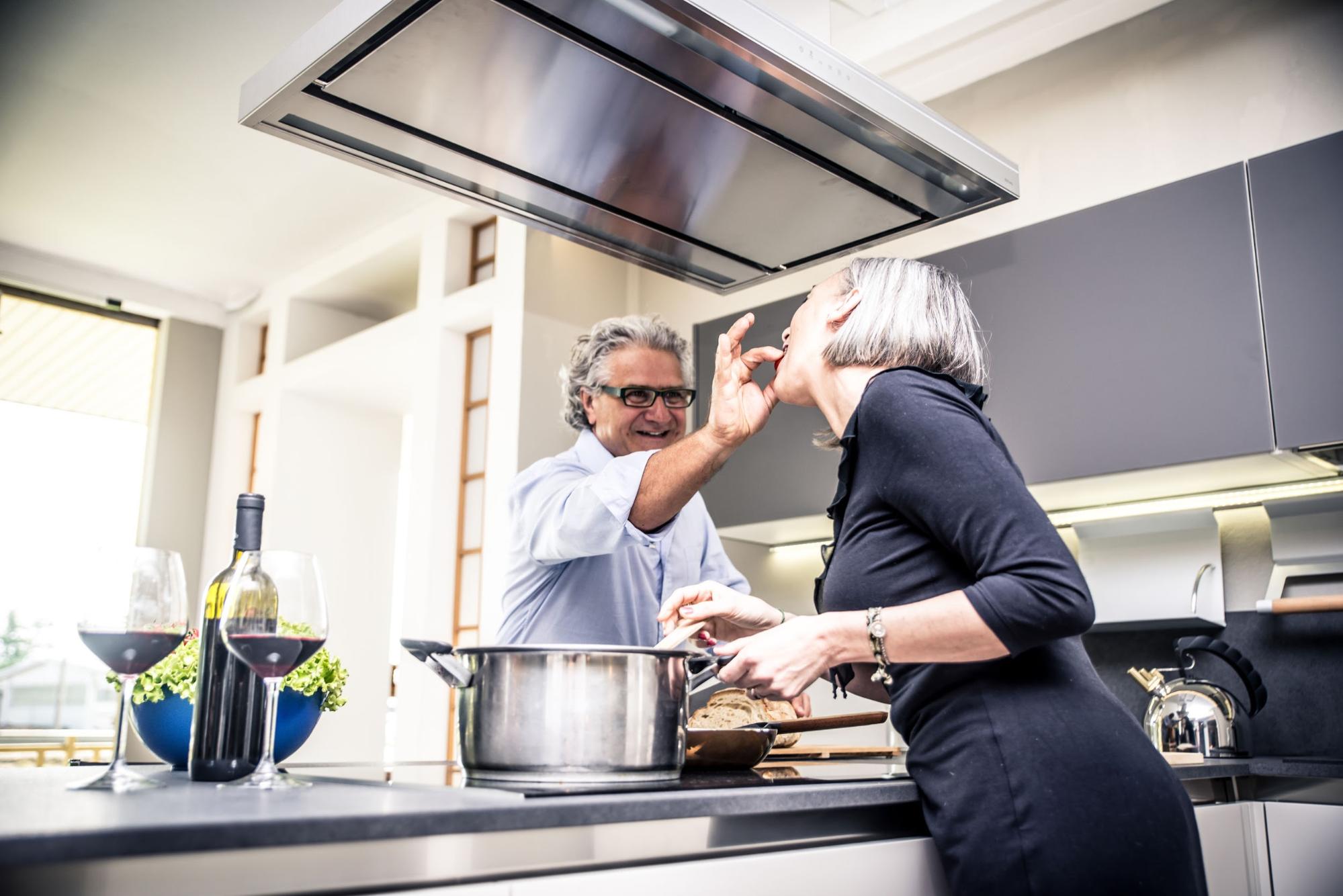 Changing With the Times

Our parents or grandparents might have assumed that men were the ones looking for a partner who could cook. Meanwhile, women were the ones listing “cooking” among their interests in order to attract a male partner. Today, however, this stereotype is wildly out of date. According to chef Todd Mohr, cooking classes for those interested in preparing romantic meals attract students of all genders and orientations.

Researcher Alice Eagly’s social role theory may help explain why we’ve moved beyond the days when cooking was tied to our ideas about gender. Eagly’s theory posits that our assumptions about attractiveness are influenced by our expectations about social roles. In a world where people of all genders and sexual orientations participate in the work and home world, cooking no longer belongs to a particular gender. Instead, it has become associated with traits like enjoying food, giving generously or caring about health.

According to Julia Kitlinski-Hong at Lifehack, people who love cooking are likely to have better emotional control, be more open to new experiences, appreciate subtlety, and enjoy learning new things. These are traits typically desired in potential partners.

The Best of Both Worlds

In a 2005 study in the journal “Personality and Individual Differences,” researchers Todd K. Shackelford, David P. Schmitt and David M. Buss identified four dimensions by which people rate their long-term partners. One of the four, “Dependable/Stable versus Good Looks/Health,” implied that people are willing to accept a less attractive or healthy partner who is highly dependable.

A partner who loves to cook may have better health and also demonstrate dependability through their desire to nurture others. And so it follows that potential partners that enjoy cooking can rate highly in both dimensions!