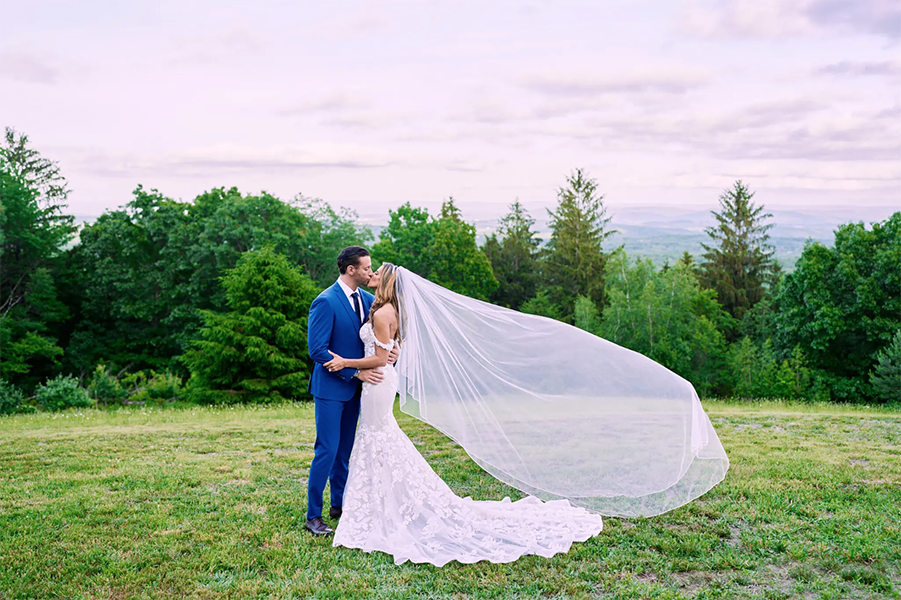 Except of the New York Times Mini-Vows article by Vincent M. Mallozzi
Photo by Tony Bizeta of Yours Truly Media

“I joined the League and hit a home run,” Jillian Mariutti recently told a friend.

Ms. Mariutti, 36, a senior director on the debt and equity financing team at JLL Capital Markets in New York, was not bragging about hitting a ball over a distant wall, but rather, about the good fortune she had in meeting David Nieder on the dating app the League in December 2018.

Ms. Mariutti met Mr. Nieder 11 days after sending a warm letter to the North Pole, while visiting Santa with her niece at Macy’s on 34th street in Manhattan. The letter read in part: “I’d like to meet someone who loves me more than life itself, and for me to feel the same exact way about him — I’m asking for that once-in-a-lifetime kind of love.”

She got her answer, she said, in Mr. Nieder, 41, a senior vice president in credit at Blackstone in New York. As for Mr. Nieder, a veteran of the League, Ms. Mariutti was too good to be true.