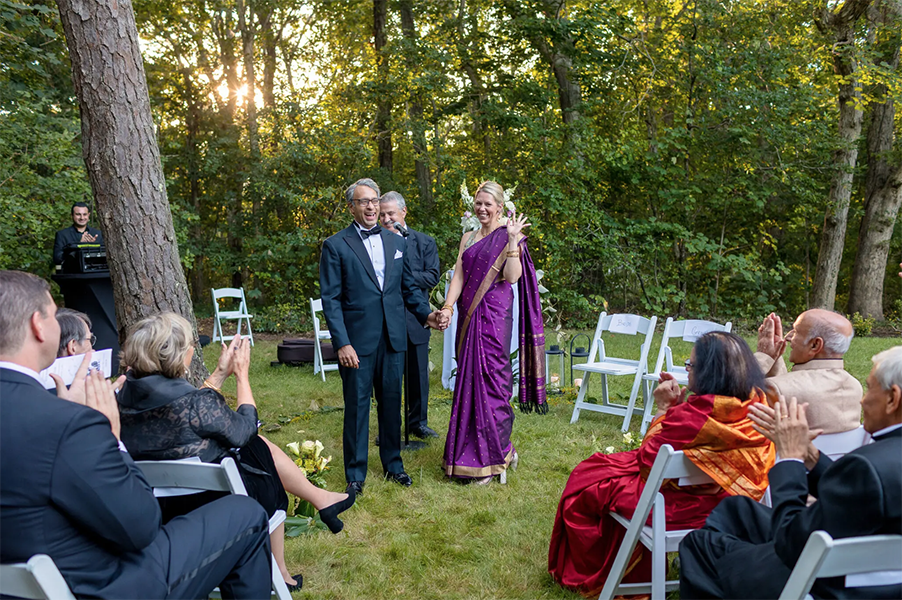 Eva Maria Theresa Janerus, recently divorced, sought the help of a matchmaker in June 2019 to prepare her for the rigors of a return to the dating game.

In an effort to get Ms. Janerus going, her matchmaker prescribed a whopping “50 throwaway dates,” leaving room for plenty to go wrong in a search for Mr. Right.

Ms. Janerus, 37, the head of business development for Night Owl Capital in Greenwich, Conn., was soon executing the game plan. In June 2019, on the dating app the League, she met Gautam Mukunda, 42, a political scientist, author and entrepreneur.

Mr. Mukunda, who had never been married, felt like a flat-out keeper to Ms. Janerus. But to be absolutely certain, she went on 19 more dates. Not a single one of them measured up to Mr. Mukunda, “a man of integrity who is also handsome, trustworthy and wicked smart,” according to Ms. Janerus, a Swedish American who grew up in Old Saybrook, Conn.